Studies in Educational Research and Development

The purpose of this study is to create a short comic story about historical emergence of Planck’s explanation of blackbody radiation and to investigate what students learn from it and what they think about the usage of comics in modern physics course. The participants are a small group of undergraduate students studying at department of science education who attend modern physics course in sophomore year. A short comic story about blackbody radiation was created with quasi-historical approach that is defined as re-ordering and re-organizing scientific theories to make sense within historical framework. The comic story was implemented to the participants with a series of open-ended questions. Data were analyzed with qualitative content analysis. Results showed that students have several preconceptions about blackbody radiation before implementation. In addition, it was observed that wrong answers of some students evidently decreased after the implementation of comic story. Moreover, students seemed to enjoy instructional comic story due to its context-based nature, entertaining atmosphere and informal language. On the other hand, students did not report any opinions about the quasi-historical content of the comic story. Therefore, it was concluded that medium characteristics of comics dominate content characteristics of it. 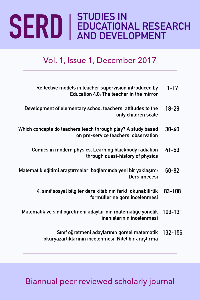